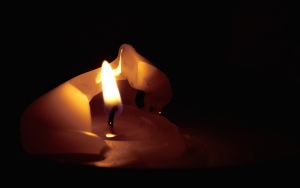 Two of the central concepts in business are Operations and Projects. Any business has *something* that they do, and the operational side of a business is the day to day tasks that allow the business to function in the here and now. This is the stuff that keeps money coming in, and sometimes you’ll hear this referred to as the things a business needs to do to “keep the lights on”.

A business can’t only worry about today though. They also need to keep their eye on the future and plan where they want to be tomorrow. See, even if they have a great business, markets change. New products appear (potentially reducing interest in existing ones) and new competitors appear with fresh ideas and approaches.

In addition to worrying about today, businesses have at least part of their energy and resources dedicated to ensuring there is a tomorrow. At the very least, they need to monitor the ongoing health of the business. This side of business where there is long term visioning is referred to as projects.

Operations may keep a business running and alive today, but the future still matters. A business needs to grow, or at least ensure that they aren’t becoming obsolete. It can be tough balancing both of these things, but it’s necessary to stay alive.

Those who don’t balance the present and the future tend to fail.

The Operations of Relationships

Think of the progression of a relationship.

The early days of relationships are all about building. You meet, and spend time together learning each other. It’s exciting, and it’s new. When you get together it’s an event. Even if all you do is rent a movie or watch some TV, you still made plans to get together. Think of this as your “business start-up”.

We now start worrying about day to day life. Our “planned” time together gets taken up with things like grocery shopping, laundry and dishes. Then maybe we have kids, and for a number of years they become the priority. Life becomes all about feeing and changing the baby. It’s about teaching them, raising them. Helping with homework, and shipping the kids off to various events.

These things are all important, and we have to do them. And hey, maybe we even enjoy doing them. But all the while the energy we were once expending on our partner and our relationship is slowly diminishing.

If you talk to couples who are having problems, one of the biggest issues they face is they get to a point where they feel they have lost “the spark”. When this happens, couples will often say things like “they feel like roommates”, or “they feel taken for granted”.

I think this is the biggest killer of relationship, but what exactly is it that has happened here?

The couple has gotten caught up in “operations”. They have lost sight of the future (the fact that they need to have one). They aren’t monitoring the health of the relationship.

Instead, they are simply living life day to day, doing the things to keep the lights on. They haven’t focused on each other enough and spent enough time growing the relationships – or even just ensuring that they aren’t falling apart.

Part of it is “comfort”. Life gets busy, and when you *know* that the other person will be there it’s easy to let them slide. After all, when all the chores are done and the kids have been put to bed both of you are often tired. But over time this takes a considerable toll.

Some couples wake up one day and realize they no longer know the person sleeping next to them. And chances are both of them have a bit of resentment and a sense of loss for where they once were, and what they have become.

Yes, all the “stuff” of day to day life has to happen. But you need to nurture the relationship too.

In long term relationships, I think all couples go through some sort of variation on “losing the spark”. Eventually we realize we have got caught up in running a household and raising a family (the world of operations), and we have lost sight of each other as a couple.

What matters is how far things are gone before we really notice, and what we do about it.

People talk about how communication forms the foundation for any relationship, and that becomes especially true when we recognize problems. People are different, so often one person will be the first to really notice “a problem”.

When this happens the biggest mistake people can make is to do nothing.

From reading books and other blogs, often women are the first to get the sense that something has gone wrong (us guys tend to be oblivious). It’s not always women noticing first, and the relationship may not even be a woman and a man – but let’s assume it is for this example.

She notices *something* has gone wrong by realizing that she isn’t really happy.

Maybe she says something to her partner, but he doesn’t get it. He hears her, but doesn’t understand. He thinks, “I love you, I’m providing for my family and I’m a good parent, I don’t understand what the problem is. I’m being a good partner here.”

He is stuck in the world of operations. Those things are important for keeping the relationship going, but not for keeping it ALIVE.

When she says something another response is to get defensive. Having his partner say “I’m not happy here” become misinterpreted, and in his head it becomes “you aren’t a good partner” causing him to start to withdraw (hey, we are emotional creatures and can be a bit sensitive sometimes).

A worse situation is when she doesn’t say anything at all. Rather, she pretends she’s happy and tries figuring out what is wrong on her own. All the while resentment towards her partner is growing, and he doesn’t even know anything is wrong.

Actually guys may be dumb, but we’re not stupid (mostly). So he has picked up on the fact that something is wrong, but he thinks it’s just a phase that will pass, or he completely misreads the severity of things. After all, they’re a couple and they’re committed to a life together, right?

When it comes to relationships people REALLY don’t like to accept the existence of problems, so they deny it for as long as they possibly can. People are stubborn, and our natural response to things is to look for things to blame reasons, and we really don’t like change.

Eventually though, we accept that there’s some kind of problem.

I once read that most couples get to a counselor about 2 years later than they should have, and I believe it.

For the person who “caught on” late, they’re hurt and a little scared, so they do what they can to try and make things better. But by now the relationship is caught up in the resentment that comes with negative momentum, so there is a risk that the partner who noticed things first has withdrawn from the relationship, and ignores the efforts to improve things. They think it feels forced, and not genuine.

The couple is now in a downward spiral that does not have a happy ending unless they can both buy in that they want things to improve. And if they do, they need to realize that yeah, things will seem a bit forced at first – but that doesn’t make it any less real.

A LOT of relationships fail at this point. And a lot more stay together, accepting the “truth” that this is normal and long term relationships are simply doomed to a loss of love. Some are fine with a somewhat happy existence, and others stay together in name only – basically living separate lives.

I think there’s more to life than that. I think your relationship should be a source of joy. You should WANT to spent time with your partner whenever you can. After a long day at work, you should look forward to getting home and seeing their face. You should want to share experiences with them. And no matter how long you have been together, nothing should feel as good as being with your partner, holding each other and knowing you’ll never let each other go.

To get back to that spot, you need to focus on the relationship. Day to day life will always be there, but that can’t be your only interactions. You can’t use that as an excuse to not nurture the relationship.

Like a business that monitors it’s day to day health while having a plan for the future, the relationship HAS to become a priority. You need time focused on each other. You need to not only maintain the relationship, but build it.

I don’t think couples intentionally take each other for granted. Most couples will SAY “of course the relationship is a priority. Of course my partner is a priority”.

But actions speak louder than words.

Think back to my earlier question:

Look at your interactions with your partner. Look at the hours you spend together. How much of it is actually focused on them? How much time are you investing in being a couple?

Now ask yourself how much time you think you should be spending on being a couple. Everything needs some sort of sustenance and maintenance to survive, and relationships are no different in this regard.

If you feel the spark has been lost, rest assured that you aren’t alone. Many, many couples go through the same thing. But as long as there is still a flicker, no matter how faint, you can rebuild a flame.

But it’s up to you to do it. If your relationship is a priority, don’t let that only be in words. Back your words with action, and focus on it again. And this time, don’t let it go.

11 thoughts on “Losing the Spark”