A buddy of mine (who happens to be married) recently came across an old girlfriend, and they ended up going for lunch and catching up on each other’s lives. He mentioned this to me because they ended up exchanging numbers and talked about getting together again, and he wasn’t sure if it was a good idea. Especially because he enjoyed seeing her, and it brought back happy memories of the times they shared.

For anyone who’s a regular reader on thezombieshuffle.com, I’m pretty sure you can guess my advice. Umm, did I mention that he’s married? Yeah, he is. From talking to people, and reading assorted relationship books and blogs I know his situation is far from unique. I’ve touched on thoughts on straying when your relationship is in a rut and on affairs before. But I thought this story provided me with an opportunity to provide a slightly different twist on things.

I commonly listen to the radio on the ride in to work, and for the morning show they have both a male and a female host. A number of months back they had a discussion on whether or not guys and girls can ever be “just friends”. Their perspectives weren’t surprising.

The girl said yes, of course, and she cited a number of people she knew who had platonic guy friends. The guy had a different take on things. He said no, not a chance. Guys and girls can be friends, but in most cases the guy is looking for more. And the guy is probably actively thinking/imaging the girl in, shall we say, less platonic situations. His opinion was that the guy is content to be just friends, but if the girl were to “open the door” for things to go further, then the guy would be more than happy to comply.

As a guy, I have to agree with his perspective. I’m not sure if women are just naive about this or if they are just wired differently. But in most circumstances the guy would be more than happy to move beyond the friend zone. I’m not suggesting this applies in all cases. I have a handful of female friends who remain friends. But I also recognize that my female friends are definitely different from my male friends, making the nature of the relationship different.

So can guys and girls ever be “just friends”. My belief is sure, they can be. But it depends on both their history and their present. What I mean by this is that although it is possible, it depends on their shared history. If they have been more than friends in the past, then it changes things considerably. It’s still *possible*, but old feelings will always be there. This is where the present is also relevant. If neither of you are in a relationship then there should be no issues. If one or both of you are? That changes things.

Digging up the Past

A while back I read an article talking about how social media and cell phones has changed the way affairs happen, and it has also caused a rise of broken relationships due to “exes”. Sadly I didn’t bookmark it, but it was a great article.

If you were in a relationship with someone in the past, then no matter how it ended there were good times. It’s normal to sometimes think about exes. Maybe there’s something that reminds you of them, a song, or a sight, and memories that were forgotten come rushing back. Those memories may make you think about them, and wonder how they are doing and where their life has taken them. The social media world has made it easy to take things beyond just memories, and to actively reach out and see how the other person is doing. That’s something I strongly caution against. It’s best if exes remain exes, and remain in the past.

If you are in a relationship, friendships with members of the opposite sex come with a number of potential risks. But adding exes to the mix? That’s a recipe for disaster. It’s one thing to wonder about how someone is doing, but if you are actively looking them up you have to ask yourself what you hope to accomplish. Especially if you are doing it at a time that your own relationship is in need of some attention.

When Does an Affair Become an Affair?

One common misconception people have is about what an affair actually is. Commonly people believe that affairs are only happening with sex is involved. But that is completely untrue. Relationships rarely start with sex. Heck, some couples still buy into the notion that they want to wait until they are married for sex (a dying breed, but it still happens). Relationships are built on connection, and emotion. The physical side simply comes out of that.

What people often think of as affairs is really the physical side, but any emotional connection is just as much of an affair. I found the following on this site, and it sums is up well:

It starts very innocently. Very slowly they get to know each other. It’s often an emotional affair to begin with. Maybe they have long conversations, whatever.
However it happens, eventually they realize that they’ve crossed some sort of line. But they realize it after they’ve crossed it. And it feels wonderful because it was a line they were hungry to cross. But it also feels terrible because they know it’s cheating, and they know they never wanted to be a cheater. But it keeps going.

So where does crossing the line start? Where does a friendship start to develop into something more? It starts with flirting. Wikipedia refers to flirting as:

Speaking and behaving in a way that suggests a mildly greater intimacy than the actual relationship between the parties would justify, though within the rules of social etiquette, which generally disapproves of a direct expression of sexual interest. This may be accomplished by communicating a sense of playfulness or irony

Some people are flirts, but if you are already in a relationship flirting is a dangerous game. And you have to ask yourself, what is the purpose of the flirting? Is it to seek attention? To feel beautiful and wanted? To make yourself feel better about yourself? Perhaps the biggest question is, are you flirting when your partner is not around in a way that you would not when they are?

People know when they are doing something wrong. So if you are behaving differently when your partner is not around you are essentially defining your flirting as unacceptable to the partnership.

This is where I disagree with the notion that people don’t realize it until after they’ve crossed the line. They knew all along that they were doing something wrong. They may have set lines that they believed they wouldn’t cross. The problem was, they set those lines incorrectly. Instead of setting the line at kissing or sex, it should have been set at other things. It should have been set as soon as you were doing something that you felt you needed to hide.

There are all sorts of great articles on emotional affairs, but here are a few signs that your relationship has crossed the line:

If you are doing any of the above, you may still be telling yourself that it’s innocent, but in your heart you know that you are lying. It may or may not have become physical, but guess what, it’s still an affair. And if you don’t actively stop it, you run the risk of it getting more serious. 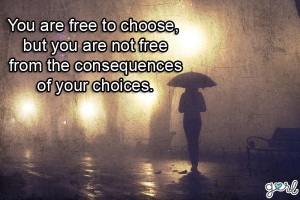 I opened with talking about my buddies lunch meeting. The fact that he was asking my opinion tells me that he already knew the answer to his own question. Affairs don’t just happen, they are a result of choices. If you want to stay faithful to your partner the best thing you can do is not put yourself in a situation that can result in an affair.

One thing about affairs is that happy people don’t cheat. Chances are, if you are thinking about other people then there is something missing in your relationship. In my buddy’s case, he’ll be the first to acknowledge that his marriage is “in a rut”. Being in an unhappy situation makes you more likely to look for happiness elsewhere.

Thing is, affairs are the easy way, and I would even suggest the cowards way out. If your relationship is in a bad spot, look inwards and see what you can do to repair it. Make it your priority and work together with your partner to see if you can repair things. If you find you can’t, accept that your relationship has ended and go your separate ways first.

But acknowledge the fact that you can’t actively work on your relationship if your mind is partially with someone else. You NEED to cut that other person out of your life completely if you expect to have any hope of addressing the issues in your relationship. Unfortunately many people believe they won’t be caught, so they try to have the best of both worlds.

One of my sons occasionally will do naughty things, and sometimes when I ask him to stop he tells me “I don’t want to, it’s fun”. He knows it’s wrong, but he does it anyhow because he enjoys it. That is a self absorbed approach to the world, and shows no respect for the rest of the family. He’s 8 though, an age where the world seems focused just on you. If you are still doing that as an adult there’s a word for it – narcissism. If you are in a relationship it’s supposed to be built on trust, and respect. As soon as you cross those lines and start hiding things from your partner, all you are doing is showing you are not worthy of the trust they have given you. It may start small, but soon you are juggling two lives, and your pursuit of your own “happiness” is liable to hurt everyone around you. 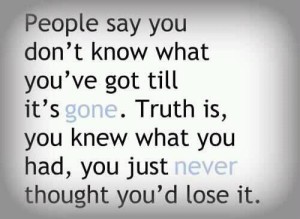 19 thoughts on “Can Guys and Girls “Just be Friends”?”