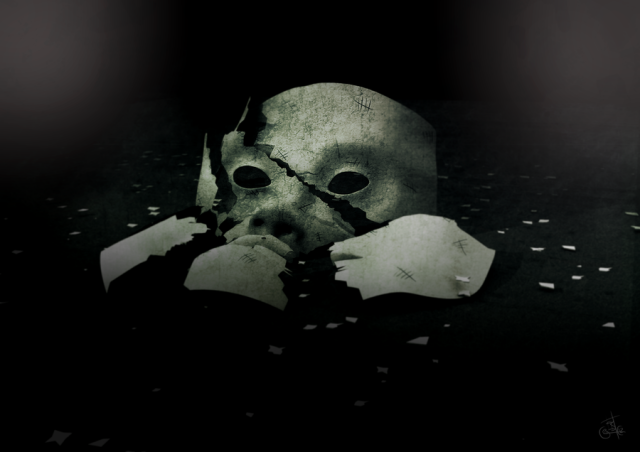 I was recently talking with a close friend who is in the early stages of a divorce, and our discussion made me think back to a line from the first post I ever published, back in early 2014.  In it I wrote the following about learning what it meant to be a parent:

Suddenly we were parents, and it was up to us to discover what that meant.

We spent the next few years learning and I’m sure we made some mistakes along the way.  The bumps and bruises healed, and any psychological damage we did hopefully won’t surface for a few years yet (at least until he’s out of the house).

It was meant to be funny at the time, and it still kind of is (to me anyhow).  But at the same time, in the years since I wrote that I’ve come to realize there’s a lot of truth to it as well.

While talking things through with my buddy, one of his biggest concerns (about the divorce) is how it will impact his kids.  And really, the question is how, not if; because there WILL be impacts.  Some of those impacts will be felt immediately, with pain and confusion.  Tears, anger, withdrawal, etc.  A divorce can have impacts that cannot be predicted though.

As children, parents often shelter us from the world and make us feel safe.  Having your parents split up is often the first time that safety is really threatened, and it can be many, many years before the full impacts of that are felt.

I think these are natural concerns, and in fact I would be more concerned if he wasn’t worried about how the divorce would affect his kids.

This post isn’t about divorce.  Divorce just happens to be one of the many things that can happen in someone’s life that will have long lasting impacts.

Rather, it’s about how all the little things that have impacts we can’t fully understand or appreciate at the time.  Parents are always shaping our children through the things we say and do.  As parents we are models to our children, and they learn much more than we realize.  Hopefully a lot of what they learn from us is positive; but a lot of the issues they have in future life will come back to the “mistakes” that were made in raising them.

Attachment Theory is a psychological model that talks about how we form attachments with others; and how our relationships shape us, especially when we are hurt or feel threatened in those relationships.

Attachment theory has three attachment styles (four in some places, but the last one is just a mix of these three so I’m going to ignore it):

I mention parenting above, because our earliest relationship is with our parents; and it is these early years that are believed to be the most important for shaping how we are able to form attachments as adults.

Which is kind of scary really.

I’m a dad, and I’ll be the first to admit that I have no freaking clue what I’m doing most of the time.  I try to do my best, as I’m sure most parents do.  Am I a “good” dad?  I would like to think so.  Yet I know I’ve made mistakes in the process.  Just as my parents did, and their parents before them.

This same dynamic has played out in our own lives.

As people we are the sum of our experiences.  Everything we have gone through up until now has impacted us in some way, and has shaped us into the person we are today.

Think about that for a moment.

How we were raised, what our parent’s relationship looked like, and also what our earliest relationships looked like.  All of these things have shaped HOW we form attachments.  I say “shaped”, because they influence it but they don’t have to control it.

We’ve all been hurt.  We’ve all suffered pain, and disappointment at the hands of those we love.  And these things leave marks on our lives.

If we’ve been hurt a lot, it’s understandable that we start to become more tentative around people, or build walls to protect us from being hurt again.  If we’ve been betrayed, it’s natural to start to lose trust in people, and fear these same things happening again.

All of the pain we’ve felt leads to insecurities, and we all have them.  We all have some sort of damage that we carry with us into our future relationships.

The danger here is, if we aren’t careful the damage we carry with us can poison our future relationships and end up causing the exact situation we are trying to avoid.

If you’ve been abandoned that fear of abandonment can make you hold on too tightly, pushing people away.  Or it can cause you to remain distant, preventing close attachments from developing.

There are all sorts of things we can do that sabotage our relationships; and while they may be understandable to those who know our histories that doesn’t mean they are healthy or acceptable behaviors.

The absolute worst thing you can do is say “this is just who I am”.  It’s not up to our partners to accommodate us.  To a degree they need to, but it’s also on us to try and heal ourselves, to be “better”.

We need to try and be self-aware and look at ourselves.  Try to understand what we are bringing into our relationships that is causing harm.  Because it’s only when we recognize and accept that damage that we can start to change it.

It’s a lot easier said than done though.

I’ve always thought of myself as someone who is fairly self-aware and emotionally healthy.  I realize I’m affected by my experiences and I think I understand what my own insecurities are.

Yet even still I have times that I catch myself doing things and/or saying things that at some level I *know* are counterproductive to what I want.  I know these things are self-defeating, but like turning your head to watch the scene of an accident, it’s hard to stop.

I’ve written many times that I don’t believe in “meant to be”.  I believe life presents us with opportunities, and it’s up to us to determine what we want to do with them.  So it’s especially frustrating when we do things that undermine those opportunities when they are presented.  When we don’t give ourselves the best chance to succeed.

One of my current favorite bands is Editors, and in their song Bones they have the following line:

I think there’s a lot of truth there.  As I said, we’ve all been hurt.  We’ve all been disappointed.  We are all damaged in some way.

But it’s up to us to recognize that damage, and accept that it’s part of us.  And while it may be part of our past, it doesn’t have to shape our future.

9 thoughts on “We are all Damaged”