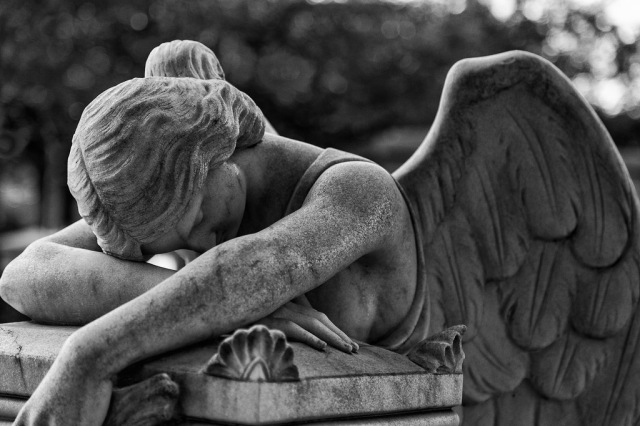 I recently watched the movie Wild, with Reese Witherspoon.

I guess it’s supposed to be a positive/inspirational movie about someones personal growth when they hit a difficult time in their life.  And in some ways I guess it is, but it’s also pretty messed up.

The movie is based on a true story, and it’s about (Spoiler alert!) a woman whose life falls apart while she’s dealing with grief over the death of her mother.  It cause her to shut down, and go down a very self-destructive road, destroying her marriage and her life with drugs and promiscuous sex, until she finally hits rock bottom and decides to reboot her life by going on a hike down the Pacific Crest Trail (with no prior outdoors experience).

One of the things the movie drives home is that grief can really mess people up.  And while grieving, people will often do some crazy, self-destructive things.  This doesn’t just happen in movies though, you see this in the real world too.

There are so many stories where someone suffers some sort of a personal tragedy – maybe a loved (parent, child, close friend) dies or gets a serious illness, maybe THEY get a serious illness.  And in response to the situation, sometimes a person just (for a lack of a better term) “breaks”.

They shut down, retreat into themselves, stop caring, and stop “feeling” – becoming numb to the world around them (or some combination of these things).  They become like the walking dead, going through the motions of life but not really being engaged in it anymore.

During these times of grief, it’s not uncommon to hear about people falling prey to addictions (or just addictive behaviors) such as drugs, alcohol, affairs, gambling or any number of issues; as a way of “dealing” or coping with their grief.

Why does this happen?

I think this quote sums it up pretty well: 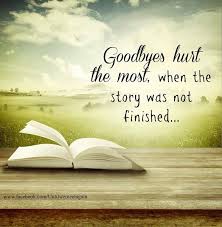 Think about this for a moment…

Why wasn’t it finished?

Because we weren’t ready.

We thought we would have more opportunities.

And we thought the story would have a different ending.

Grief is about loss we weren’t prepared for, where we are left feeling helpless and powerless to change things.

And I think maybe this sense of helplessness is where grief is strongest.

A lack of control.

A feeling that it doesn’t matter what you do, you can’t change anything, and you can’t make things any better.

Elisabeth Kubler Ross defined the 5 stages of grief (a series of emotional steps people will experience while dealing with grief) as:

I think when grief causes people to break, they are stuck somewhere in those first four stages.  To them, the story wasn’t finished and they are unable to accept that.  They are unable to cope with the pain and the sense of loss, so they don’t actually deal with it.

Instead, they shut down to insulate themselves from that pain – often acting in a self-destructive fashion in order to escape from it.

However no one can escape forever.

Eventually all things need to be faced.

The final stage of grief is Acceptance; and I think acceptance is when we finally realize that yes, the story actually WAS finished.  It just didn’t end the way we thought it would.

Life doesn’t always work out the way you want it to, and not all stories have a happy ending.

Because in life, what can you actually control?

The reality is, we control almost nothing.

Through our own efforts and actions we can exert a degree of influence on the things around us.  But we can’t change anything.  We can’t force people or events conform to the way we want.

Sometimes things just happen, and all we can really do is try to manage the fallout.

And we do that through the things we CAN control.  The primary thing we can control being our own responses to the events that occur in our lives.

We control our own choices.

And really, that’s about it.

When we try to, it’s understandable that we will feel powerless – because we are powerless to control these things.

Instead of feeling powerless over our lack of control though, I find it freeing.

For me, it allows me to understand that life can’t be fit into a box.  I may have ideas on where my life is going, but those ideas are only how things look right now.  Things happen, and things change.

So maybe the most important thing we can do is learn to be resilient.  To accept that some things are beyond our control, and to adapt accordingly – directing our energies towards those things we CAN control.

Grief happens when we believe the story wasn’t finished.  But if we are able to let go, we can see that our own personal story is always being written.  And it’s up to us to be open to new roads, and to be willing to see where they take us.

9 thoughts on “Dealing with Grief”