One of the big arguments/excuses/rationalizations commonly given for affairs is that monogamy is not natural.

It’s an argument that’s been around for years, and I recently saw it in the headlines when Scarlett Johansson was discussing her own failed marriage.

I don’t think it’s natural to be a monogamous person. I might be skewered for that, but I think it’s work. It’s a lot of work. And the fact that it is such work for so many people—for everyone — the fact of that proves that it is not a natural thing. It’s something I have a lot of respect for and have participated in, but I think it definitely goes against some instinct to look beyond.

I actually agree with what she’s saying here.

Yes marriages are work.  I’m not sure if being monogamous is “work”, but a marriage isn’t always easy or fun.  When you’re married you have to balance what is good for the marriage with what is good for you; and sometimes there are differences between these two things.

This is one of the big things challenges all relationships face.

Sexual desires are normal, and healthy even.

Committing to one person doesn’t mean you stop finding other people attractive though.  And yes, you may even have sexual thoughts or desires about another person.

So there is definitely some basis to the argument that monogamy is “unnatural”.

Sexual desire is a basic human instinct.  It’s natural, and I can accept that it may be natural to (occasionally) have sexual thoughts about someone other than your partner.

But you know what else is natural?

There are lots of things that are “natural”.  But it’s a HUGE mistake to think “natural” is the same as good or desirable.  They aren’t the same thing.

When someone pisses me off, it may be natural to want to yell, scream, or punch them.  That doesn’t mean I should.

So sure, due to sexual instincts monogamy may not be natural.

Here are some other “unnatural” things:

Unnatural things can be positive, and Just because something may seem “natural” doesn’t mean we need to act on it.

In fact, I would argue that MANY of our “natural” instincts are actually driven by greed and selfishness; which aren’t exactly positive characteristics.

Yes, we have basic/natural instincts and those instincts drive our behavior at times.  But our instincts don’t control us, and they don’t define us.  We don’t have to act on these instincts.

In fact, I believe our ability to demonstrate self-control and NOT act on our basic instincts all the time is one of the key characteristics that allow us to function in a social world.

Thinking back to the idea of monogamy, I ask you – what is sex?  What does it mean to you?

Is sex just a physical act driven by a hormonal response?  Or is it something more?

I’m not sure if there is a “right” answer here, but I think “how” someone answers that question will have a direct relation to their views on monogamy.

Sex is a physical act, and feels good.  It makes nerve endings in certain places go crazy (in a good way).  It also causes the release of dopamine and other “feel good” hormones.

But is that all it is?

I don’t think so.  When it comes to sex (and attraction), I think there are a few other things going on.

Even if you are in a monogamous relationship, when our partner compliments us, tells us we “look good”, that they find us attractive or that they desire is, it feels good.

Whether it’s your partner saying it or someone else, it feels good to know others find you attractive (anyone who says otherwise is lying).

Someone noticing you, wanting you, and desiring you makes you feel good about yourself.  Well, unless they do it in a creepy leering way – then it probably just makes you feel self-conscious and perhaps a bit concerned for your safety.

Being desired makes you feel better about you (at least for a little while).

This is because sex and attraction are tied to ego; to our feelings about ourself, and our own self worth.

Sometimes (especially in long term relationships), our partners do a pretty shitty job of “wooing” us, and reminding us that they find us attractive and desire us.  Or maybe they still do and they still try, but because we already “have them”, it doesn’t impact us much anymore.  After all, wanting something we “don’t” have is another of our natural instincts (this is why I think understanding hedonic adaptation is key to happiness in life).

This is just a reality of long term relationships.  So we ALL need to remember that letting our partners know that we still desire them is important.  And listening and being willing to believe our partners when they tell us they still find us attractive and desire us is important too.

But is sex just about desire and feeling good about ourselves?  Are our egos so fragile that we actually “need” others to wants us?

Sadly, I think the answer is often yes.  And if so, what does that say about us?

Let’s say I go for a walk, and while out on the street I run into Scarlett Johansson.  And let’s assume she sees me, we get talking, and yeah, she finds me attractive and desirable (because she would of course).  She’s already established with her quote at the start of this post that she doesn’t think monogamy is natural, so let’s say she and I decide to have sex (hey, this is my story so I can have it play out however I want!).

I’m sure the sex would be enjoyable.  But beyond having a chance to be naked with Scarlett Johansson what have I really accomplished here?

Will I actually feel better about myself?  If so, why?

Is my life any better because I’ve now had sex with her?  I guess I could put it on my resume or something; but in reality, it wouldn’t change my life much.  And actually, even if it’s on my resume it likely wouldn’t help me land many jobs.

If sex is purely a physical act that feels good, then we can do it with anyone we find attractive.  When that happens, it’s all about ego.  It’s all about external validation.  Sex becomes a form of power, where having sexual power over someone or being wanted sexually is required in order to feel good about oneself.

So yes, sexual desire is natural.  And there are lots of people out there who I would find sexually attractive and/or appealing for some reason.  But does that mean I should want/need to have sex with them?

To feel good about myself?  To validate my ego?

Sex as a physical act may feel good, but I think sex can (and should) be more than that.

A few years ago I wrote the following:

Sex is a form of communication. It’s a physical manifestation of the love, caring and compassion that you share for one another. If there are any underlying issues in your relationship, there’s a pretty good chance that there’s a bit of a breakdown in caring and compassion. When this happens the openness required for meaningful sex is likely missing (or at least somewhat hampered). You may or may not still be having sex, but without the emotional connection sex becomes purely the physical act.

Sex is different from intimacy.

Intimacy is about connection. It’s emotional, physical, and even spiritual. Sex is a form of intimacy, but it’s not intimacy. Intimacy is the little things – the touches, the smiles, and the shared looks. Intimacy is feeling loved, feeling valued, and giving that in return. Intimacy is opening up to each other, sharing hopes and dreams, and allowing yourself to be vulnerable with another person. Intimacy is about openness.

Sex in the context of intimacy is the deepest form of sharing a couple can have. You are literally giving yourself to your partner, and symbolically the two of you have joined as one. It needs to be as much about what you give as it is about what you receive.

I think intimate sex can only exist in a committed/monogamous relationship.  Casual sex may feel good, and may be passionate at a physical level.  And for some, they confuse this with “intimacy”.

Intimate sex is deeper though; and can only happen when you let down your walls and truly let the other person in.

There are many things that aren’t “natural” for people, but these things can still be admirable characteristics and qualities to have.  We just need to work on them, and accept that we always have choice.  We aren’t slaves to our natural instincts.

Monogamy may not be natural, but that doesn’t make it a bad thing.

Part of what makes us human, and makes us more than just animals is our ability to learn empathy; and to actually care about something larger than just us.

I’m not saying casual sex is necessarily a bad thing.  If that’s all you are looking for in a relationship for whatever reason (time, energy, fear of intimacy, enjoyment of being able to live life attachment free), that fine.  In that case it’s important you are upfront with the person you are with, and you find someone who has a similar approach to life.  As long as that approach works for both people, great.

But when someone wants “the life” – the safety and security that comes with a committed relationship, yet also wants to do what they want sexually; don’t use the excuse that monogamy isn’t natural.

It may not be, but a lot of what makes us human isn’t natural. 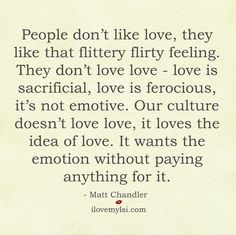 15 thoughts on “Is Monogamy Natural?”